I get it. Seoul has shopping malls that open till early morning, there are a never-ending list of cafes to conquer and there are so many bloggers posting so many IG-worthy photos of the palaces and traditional hanoks. In comparison, no one really talks about Busan although she’s South Korea’s second biggest city and has a beautiful town that’s alluded to Greece’s Santorini.

Here are 5 reasons why you should squeeze Busan into your itinerary if you have time – especially if it’s your second/third/ninety-ninth time visiting Seoul.

We got the 3-day rail pass and all we had to do is to collect the tickets at Seoul station (counter above) and we are all good to board the train! The seats were comfortable and it took us only about 2.5 hours to reach Busan. 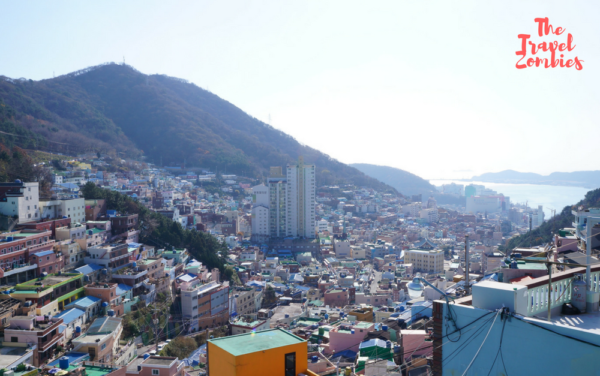 Or better known as the Gamcheon Cultural Village. With small brightly colored houses scattered around the hill slope, steep streets and curvy alleys, it’s no wonder why some would call this place the Santorini of the East. It wouldn’t be difficult to spot these quirky murals and sculptures (created by the residents) while exploring the village. 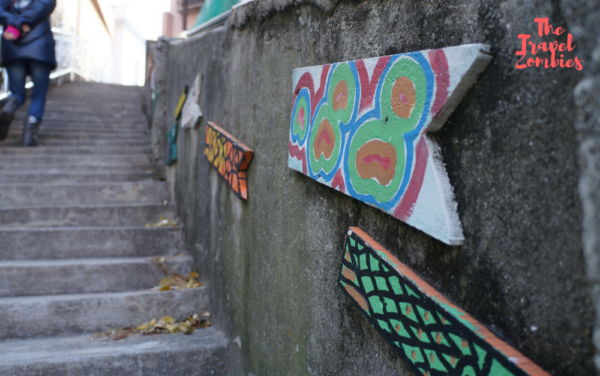 There’s actually a suggested route for exploring this village so drop by the Visitor’s Centre at the entrance of the village to get a map! The map will show you ALL the photos spots, including the famous Little Prince photo spot that overlooks all the houses and the sea. Be prepared to queue a little but having a queue means that no one can photobomb your photo, so that’s good news!

How to get there?

#3. Street Food is extremely good too 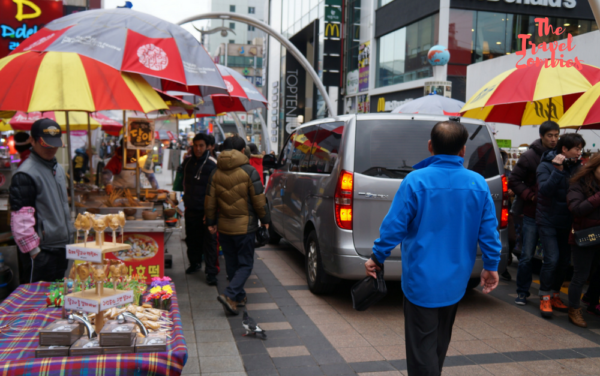 Don’t think you are missing out on street food just because you are going somewhere that’s not as popular as Seoul. In my 3 days in Busan, I had no lack of street food – so much that we didn’t have enough space for main meals! 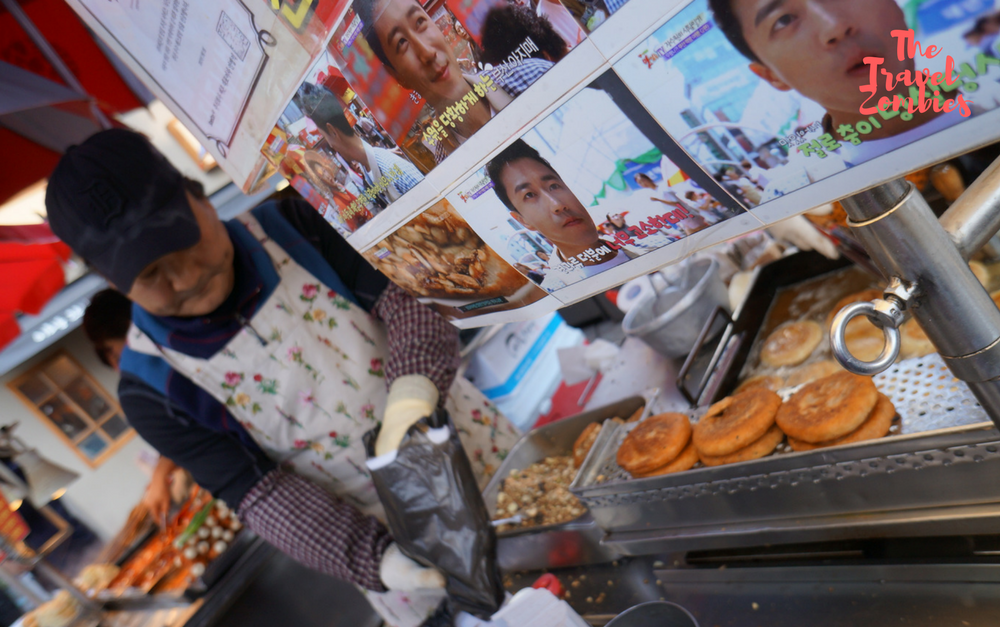 We stayed around BIFF square (near Jalgachi station) and had no lack of snacks from morning to night. We passed by this hotteok (deep-fried sweet pancakes with brown sugar syrup filling) stall with a queue and we knew we had to join. It was so good. Instead of the brown sugar syrup version we had in Seoul, this is filled with a variety of seeds/nuts. I later found out that this is the famous Busan’s Ssiat Hotteok.

Busan started off as a small fishing village and quickly grew to be South Korea’s first international port. That explains the beautiful coast lines and of course, the gorgeous Haeundae Beach! You’ll also be able to find cheap and fresh seafood in Busan for this reason – in fact, you’ll be able to spot a food market enroute to the beach from the subway station. 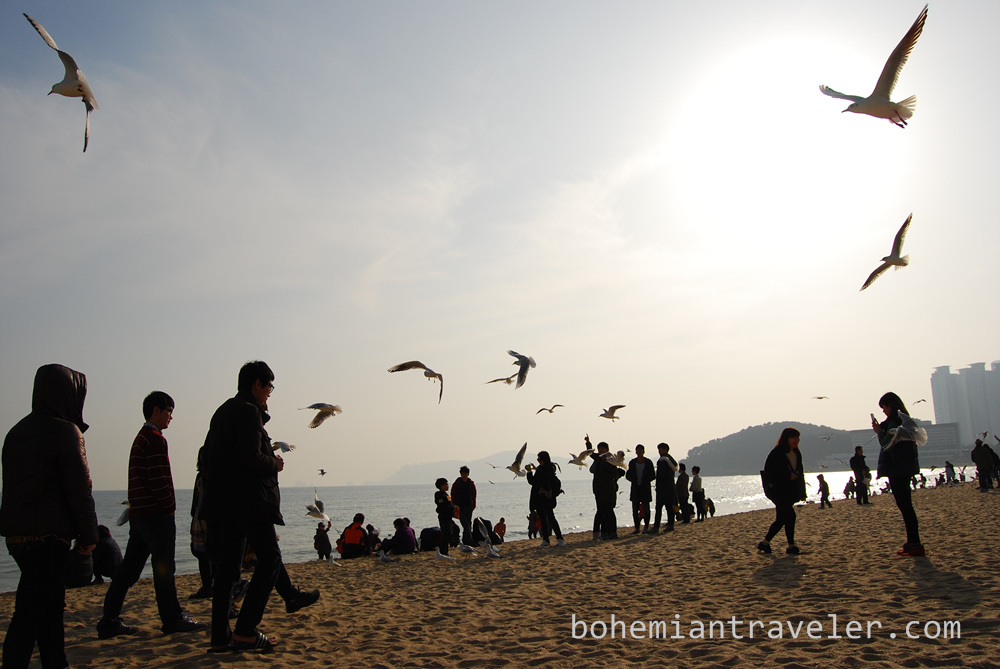 Back to Haeundae Beach, there’s never a dull moment with something new happening every other week. If you are lucky, you may even catch some seagulls dancing over the water!

How to get there?

Though Busan is the second biggest city in South Korea, life is a lot slower and you can feel it. If you had spent a few days in Seoul (or even Jeju), Busan will be a breath of fresh air (literally too, thanks to the surrounding sea, mountains and rivers)!

Even shopping is less stressful. I’m sure you had your share of shop assistants shoving masks to your face and you don’t get that as much here – and I really appreciate it.

Thought this infographic by domandhyo.com summed up the other difference between Seoul and Busan pretty well!