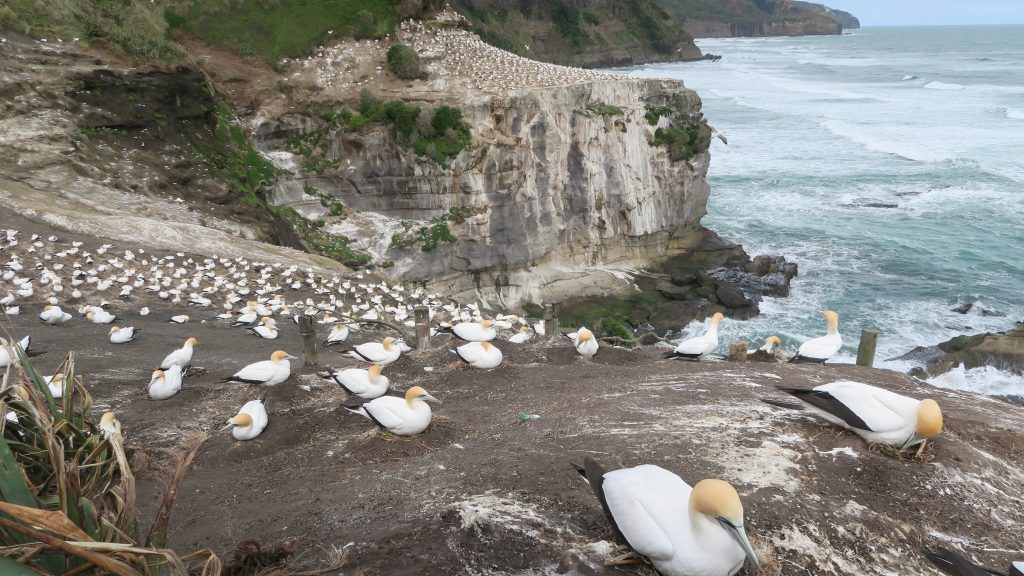 You can’t go to New Zealand and not see the gannets! They are magnificent and calming to watch. Muriwai is one of the three mainland gannet colonies. There’s no entrance fee requested.

About the gannets:
About 1,200 pairs of gannets nest at Muriwai’s gannet colony each year. The gannets are two-and-a-half kg birds with wingspan of two metres. Each pair lays one egg and the parents take turns on the nest.

Don’t forget to look down into the water: occasionally a dolphin pops out to feed in the sea, and there can be NZ fur seals basking in the sun too. If you’re lucky, you may see a gannet diving for food from up to 30 metres! 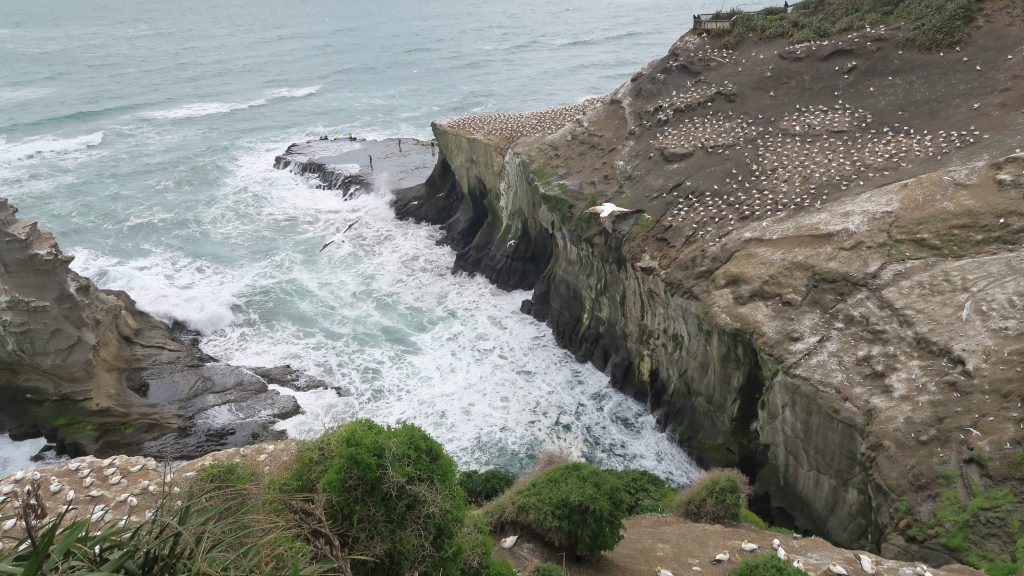 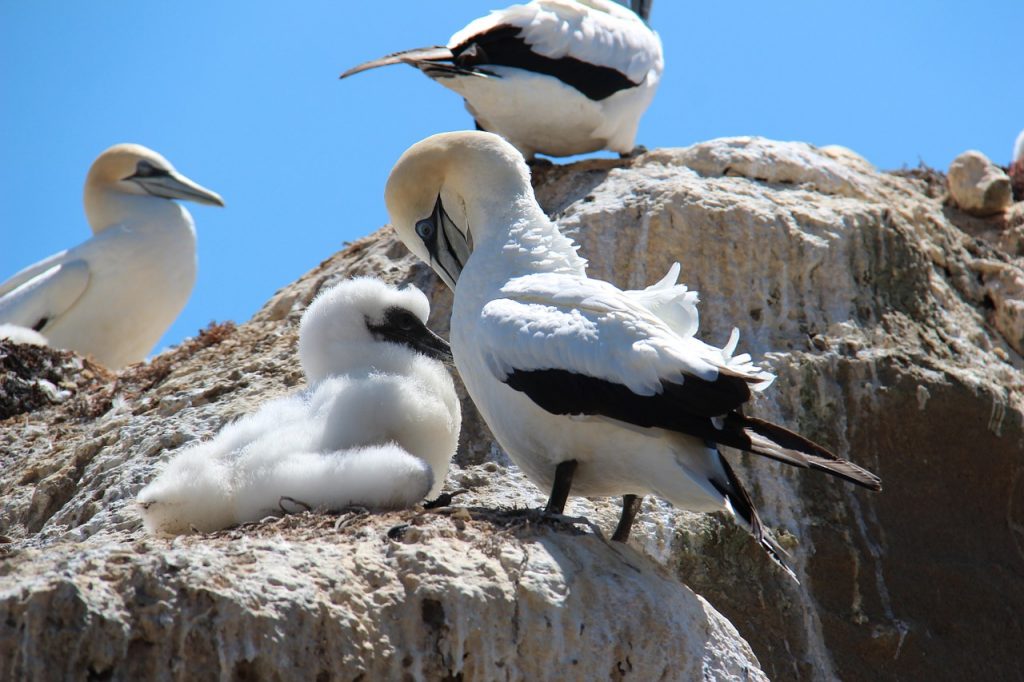 When to visit:
Nesting season at Muriwai’s gannet colony begins from August to March each year.
– Come early in August to witness spectacular mating rituals.
– Breeding population reaches its peak in November – more to watch!
– Between December to February, chicks get fed a lot. 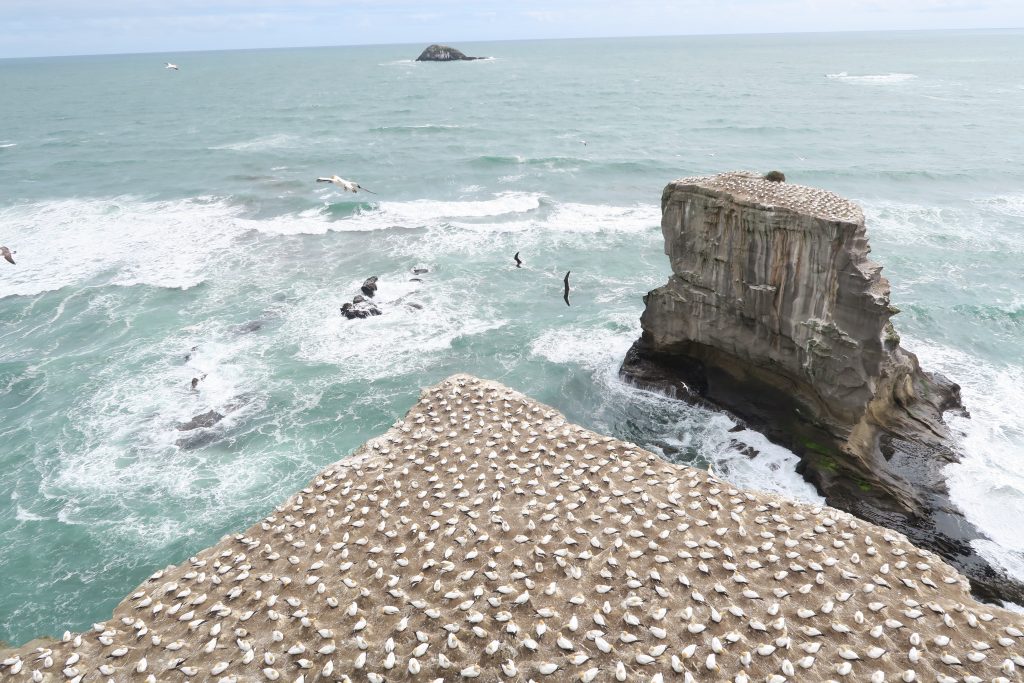 How to get there:
Muriwai’s gannet colony is a one hour drive from the centre of Auckland. Next to the car park, a short walking track leads to a viewing platform right above the main colony area. Wind gets a tad strong there — which makes walking from the carpark to viewing bay a nice, cool trek.

Things to do around:
Muriwai Beach extends 60 kilometres to the north – a line of black sand between big waves and the sand hills. Experienced surfers, bring your boards. Remember to stop by Pillow Lava Bay to marvel at the volcanic lava cliff! 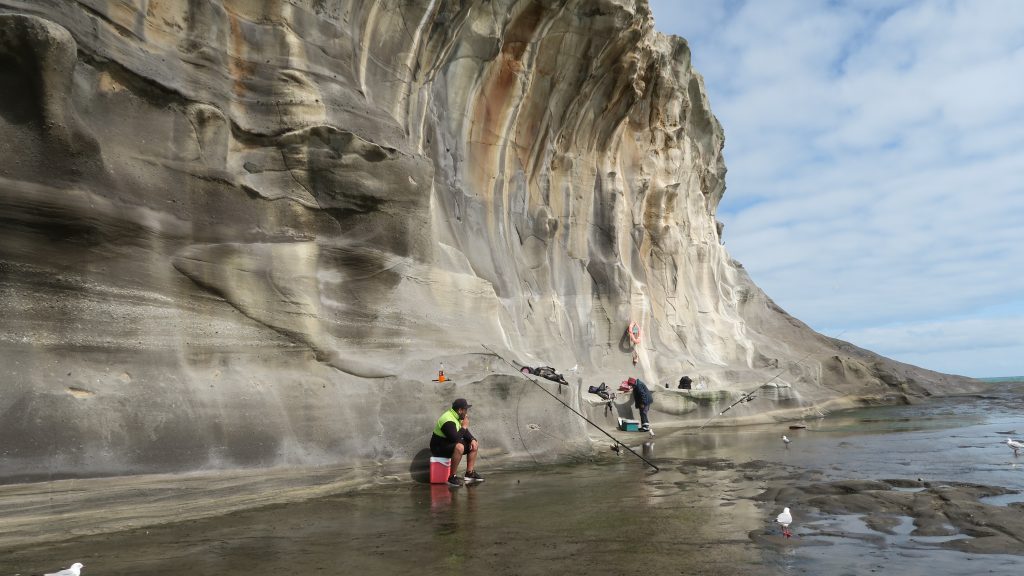 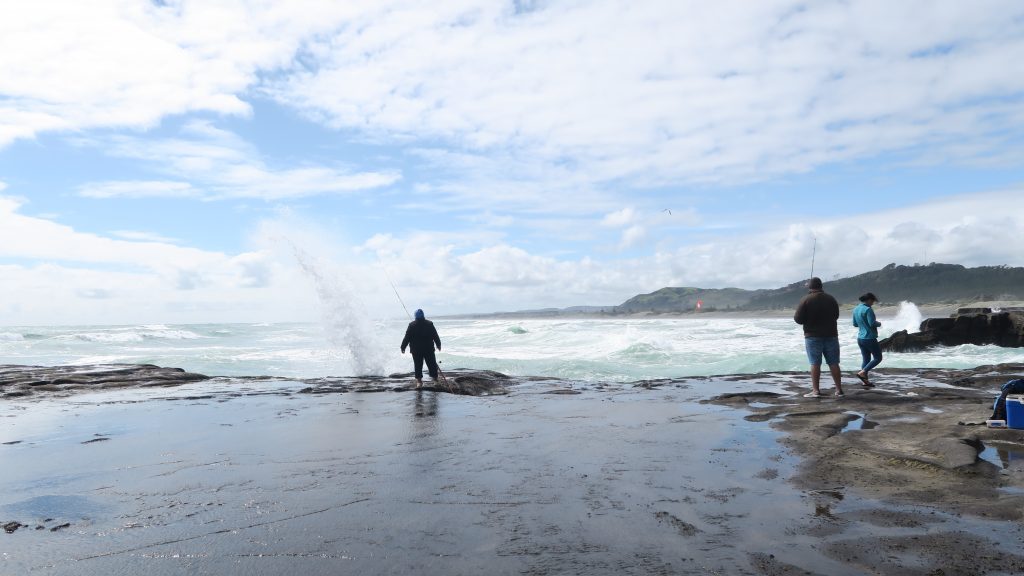